Home » News » Some Rural Hospitals Are in Such Bad Shape, Local Governments Are Practically Giving Them Away 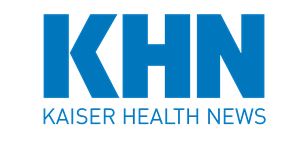 ERIN, Tenn. — Kyle Kopec gets a kick out of leading tours through the run-down hospitals his boss is snapping up, pointing out what he calls relics of poor management left by a revolving door of operators. But there’s a point to exposing their state of disrepair — the company he works for, Braden Health, is buying buildings worth millions of dollars for next to nothing.

At a hospital in this rural community about a 90-minute drive northwest from Nashville, the X-ray machine is beyond repair.

“This system is so old, it’s been using a floppy disk,” said Kopec, 23, marveling at the bendy black square that hardly has enough memory to hold a single digital photo. “I’ve never actually seen a floppy disk in use. I’ve seen them in the Smithsonian.”

Not only is Kopec young, he had limited work experience in hospitals before helping lead a buying spree by Braden Health. His prior work experience includes a three-month stint as an intern in the Trump White House, on assignment through his volunteer position in the U.S. Coast Guard Auxiliary. He worked his way through college at Braden Health’s clinic in Ave Maria, Florida, and became a protégé of Dr. Beau Braden, the company’s founder. Now Kopec’s official title is chief compliance officer, second in command to Braden.