Pennsylvania Gov. Tom Wolf recently shared data that displays opioid overdoses have decreased in Pennsylvania by 18% from 2017 to 2018. Contributing to the decrease is the hard work and diligence of those working with patients who have a substance use disorder (SUD) to offer a combination of primary care services, medicated assisted treatment (MAT), recovery support specialists and individual and group therapy. The distribution of naloxone has also contributed to the decrease as has equipping first responders and other professionals with the opioid antagonist. The Wolf administration announced that two statewide naloxone distribution days will occur on Sept. 18 and Sept. 25 with details to be released in the next few weeks.

The National Rural Health Resource Center and Stroudwater Associates, supported by FORHP, developed a guide on the community and patient benefits for implementing pulmonary rehabilitation services. Rural hospitals and clinics can use this guide to identify areas for improvement within their diagnosis, treatment and long-term care of COPD patients in their communities. A University of Minnesota report highlights that while the COPD prevalence rate is the prevalence of COPD is higher for individuals living in rural areas, Critical Access Hospitals are less likely to employ any respiratory therapists. This guide is developed as part of the COPD National Action Plan, with the goal of developing resources for improving the lives of individuals living with COPD symptoms in rural communities.  Click here to access the guide.

This new resource helps rural emergency medical service leaders transform their agencies away from dependency on fees assessed for the volume of services provided and toward a people-centered, value-based operation that rewards positive patient outcomes. This resource was supported by the Federal Office of Rural Health Policy and coordinated by the Technical Assistance and Services Center (TASC), a program of the National Rural Health Resource Center.  Click here to access the full document.

This new resource was created by the Federal Office of Rural Health Policy and the Health Centers program at the Health Resources and Services Administration. It discusses how rural providers can work together to identify health needs in their communities, create partnerships to address those needs, and develop a “community-minded” approach to health care. The guide illustrates through case studies how providers in two communities created networks and partnerships to improve the efficiency of care, optimize resources, and improve the lives of their residents.  Click here to access the full guide.

A new report from the Rural and Minority Health Research Center provides the results of a web-based survey disseminated to a geographically diverse sample of nurses throughout the U.S. to assess perceived barriers and facilitators to nursing practice; job satisfaction; and self-identified challenges in nursing work environments and patient care. Of particular interest were nurses in ambulatory care practices.  The full report can be accessed here. 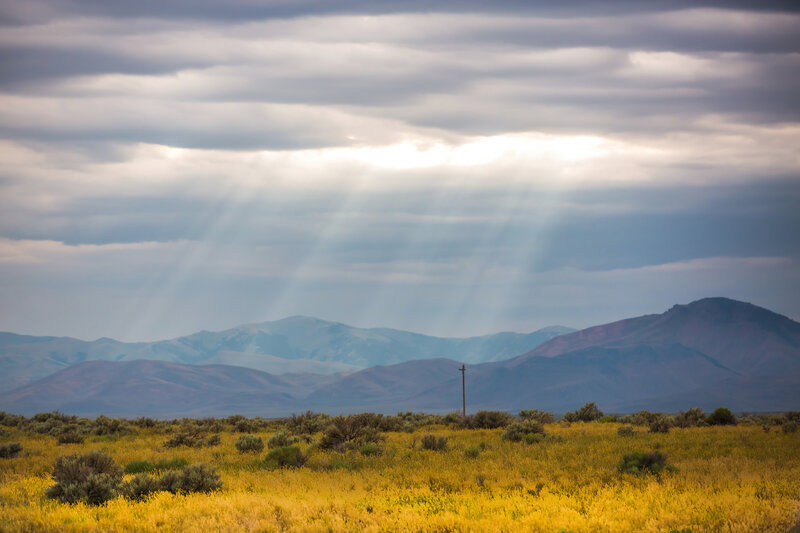 The wide-open spaces of Arco, Idaho, appeal to some doctors with a love of the outdoors.

In the central Idaho community of Arco, where Lost Rivers Medical Center is located, the elk and bear outnumber the human population of a thousand. The view from the hospital is flat grassland surrounded by mountain ranges that make for formidable driving in wintertime.

“We’re actually considered a frontier area, which I didn’t even know was a census designation until I moved there,” says Brad Huerta, CEO of the hospital. “I didn’t think there’s anything more rural than rural.”

There are no stoplights in the area. Nor is there a Costco, a Starbucks or — more critically — a surgeon. With 63 full-time employees, the hospital is the county’s largest employer, serving an area larger than Rhode Island.

Six years ago, the hospital declared bankruptcy and was on the cusp of closing. Like many other rural hospitals, it was beset by challenges, including chronic difficulties recruiting medical staff willing to live and work in remote, sparsely populated communities. A hot job market made that even harder.

But against the odds, Huerta has turned Lost Rivers around. He trimmed budgets, but also invested in new technologies and services. And he focused on recruitment. He targeted older physicians — semiretired empty nesters willing to work part time. He also lured recruits using the area’s best asset: the great outdoors.

The Ryan White HIV/AIDS Program is a critical component of the “Ending the HIV Epidemic: A Plan for America” initiative, which was announced earlier this year during the State of the Union address.

The new Uniform Data System (UDS) data are out and show that health centers continue to provide increased access to high quality, value-based, comprehensive primary care for their communities. Health centers treat one in 12 people nationwide, one in every nine children, and are increasingly well-positioned to meet the nation’s most common and pressing health care needs, as well as emerging health priorities.

Gov. Wolf’s “Protection of Vulnerable Populations” executive order establishes the Office of Advocacy and Reform to be maintained by the Governor’s Office, led by an executive director. Positions within the new office will include a new child advocate position, integration of the Long-term Care Ombudsman, and a Council on Reform, including 25 voting members appointed by Gov. Wolf, to support this effort by looking at protecting vulnerable populations from three perspectives: prevention and diversion, protection and intervention, and justice and support.

Both the Council on Reform and the Office of Advocacy and Reform will identify reforms needed for Pennsylvania to better protect and support individuals relying upon services and assistance from the commonwealth.

“I want to be clear that I am not disparaging the hardworking and, frankly, underpaid and underappreciated workers within this system,” Gov. Wolf said. “This is not their fault and the failures are not of their making. But we’ve had a series of incidents in our commonwealth that have revealed inadequacies in the system’s ability to protect and uplift Pennsylvanians in vulnerable situations.”

The Council on Reform held its first meeting immediately following the announcement. The council is charged with reporting its findings to the governor by Nov. 1 after seeking input from various stakeholder groups.